The Passing of Gordon Winston

I am sad to report that the college lost another long-time member of the community with the death yesterday in Florida of Gordon Winston, the Orrin Sage Professor of Political Economy, Emeritus.

Gordon left his mark on Williams and on the broader world.

When he joined the economics department here in 1963, his teaching and research focused primarily on economic development. He was influential in the growth of our Center for Development Economics and he eventually spent three years in Pakistan, including as head of the Yale University Pakistan Project in Karachi. 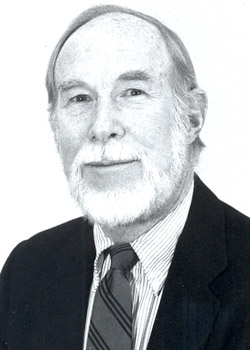 His intellectual interests spread over time to include capital and production theory, consumption theory, and finally the economics of higher education. It’s in the last of these fields that Gordon had the biggest impact. He’s credited with shaping much of the work in the economics of higher education over recent decades, particularly by developing tools that helpfully clarified the differences among the many varied institutions that make up American higher education and the differing rates at which college is attained by students from families of different incomes. All of this work focused on bringing greater justice to our higher education system, and his many op-ed pieces and frequent appearances in the media are known to have affected policy debates.

Gordon also served the college as chair of his department, as director of the Williams Project on the Economics of Higher Education, and as provost.

His dedication to his work kept that well known gleam in his eye and kept him active as a scholar long after his official retirement in 2004, though in latter years he and his wife Mary, the former associate director of career counseling, also enjoyed touring the country in their rather spiffy R.V.

Our thoughts are now with Mary and their family. We will let you know about the details of arrangements when they’re known.

See our Covid-19 website for strict health and safety protocols for those who remain on campus. All Williams College buildings are closed to the public and visitors until further notice.