I’m delighted to announce that after a national search the college has appointed Jim Reische as Williams’ next chief communications officer. He’ll arrive in Williamstown and begin in his new role in early January. 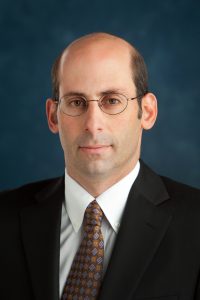 Jim brings a wealth of experience and expertise in strategic communications, including five years as vice president for communications at Grinnell College, where he worked closely with President Raynard Kington and served as Grinnell’s first VP for communications, developing a staff of creative professionals and enhancing internal communications while helping to increase alumni and volunteer engagement and position the college nationally on issues of importance in higher education, including affordability and access.

He comes to Williams from St. John’s College in Annapolis, Md., where as chief communications officer he has, among other things, overseen the development of new admission marketing and communications strategies and the successful launch of a new website for the college.

Jim’s career in higher education began at the University of Michigan, where he served as a senior acquisitions editor and then executive editor of the University of Michigan Press. He then moved to the university’s development office, working as an editor and senior writer and then as assistant campaign director, helping to guide the strategic planning of the university’s $4 billion Victors for Michigan campaign.

Jim earned a bachelor’s degree in social sciences from the University of Michigan, and master’s degrees in history and in Russian and East European area studies from Michigan and Harvard, respectively.

My sincere thanks go to the members of the search committee—Denise Buell, Liz Creighton, Lew Fisher, Brent Heeringa, Fred Puddester, and Danielle Gonzalez—for their dedicated work that has led us to this wonderful result, as well as to all those who participated in the interview process and who provided me with valuable input and perspective, including the terrific members of the communications office. And I’m especially grateful to Jim for his willingness and ability to get here so quickly, to ensure a smooth transition as outgoing chief communications officer Angela Schaeffer heads to her new role at Trinity College at the start of the new year.

I look forward to welcoming Jim and his wife Aimee to Williams and the community.