Michael’s service to the college goes back many years, tied chiefly to his role on the board’s Investment Committee. He has chaired the Board of Trustees since 2014 and was active in his class’ 25th reunion effort and in previous comprehensive fundraising campaigns. But it was his leadership in creating the college’s Investment Office—transitioning in 2006 from an alumni volunteer-managed endowment model to a professionally staffed o 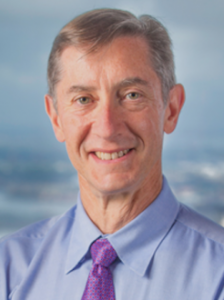 peration necessary for the complexity and size of Williams’ portfolio—that stands out as one of his most lasting and important contributions to the college.

His dedication to Williams and his leadership of the board are characteristic of the contributions that he and his wife Barbara ’77 (they met on their first day at Williams, both of them assigned to Morgan Hall) have made to dozens of nonprofit educational, environmental, and social service organizations. He currently serves as vice chair of Berklee College of Music and chairs the program committee as a trustee of the Boston Foundation. Michael is a board member of the Dana Farber Cancer Institute and a founder of Horizons for Homeless Children, a program established in 1989 to provide quality preschool and related services to homeless children and their families in Massachusetts. He and Barbara are active supporters of Partners in Health and the New England Aquarium, where Barbara is a board member; Barbara chairs the New England regional board of the U.S. Fund for UNICEF.

Meanwhile, Michael is the chief executive officer of Charlesbank Capital Partners, a Boston-based private equity firm he co-founded in 1998. Before Charlesbank, he was president of Harvard Private Capital Group, the private equity and real estate investment unit of Harvard Management Company, and he worked previously for the Boston Consulting Group, a corporate strategy consulting firm.

Born in the Bronx, New York, and raised in Westchester County, Michael came to Williams as a first-generation college student intending to become a math teacher, but he switched to an economics major and after graduation earned both an MBA and a JD from Yale.

Michael and Barbara live in Wayland, Mass., and are the parents of four children, including David Eisenson ’07, who is a chef. Sons Matthew and Daniel are pursuing careers in environmental and global health fields, respectively, and daughter Valerie is a teacher with Teach for America.