Leila Jere’s life path led her from Zambia to Williams, then around the world and back to Williams again, as a leader in the college’s Society of Alumni and, since July 2017, as a member of the Board of Trustees. 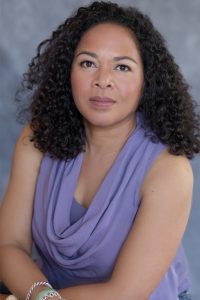 The daughter of a Zambian father and Chinese-American mother from Hawai’i, Leila left Zambia for boarding school in Switzerland and the United Kingdom before coming to Williams in the fall of 1987. She knew nothing  about the college, but was instructed to apply by her mother, who had heard about Williams from a colleague in Addis Ababa, Ethiopia. Leila’s first campus visit only came at the start of her first year, when she arrived into Springfield on an international flight and then drove to Lehman East with a family friend.

Once on campus, Leila made full use of her time. A political science major, she was also actively involved in many aspects of student life: as a JA in her former entry, Lehman East; on the track team (and, briefly, rugby); and through her student employment, first washing dishes in Greylock Dining Hall and later serving as a student aide in the Student Health Center for four years.

Leila originally planned to attend law school after graduation. However, an early work experience at a law firm—including conversations with unhappy lawyers—prompted her to change course and take time to travel and rethink her plans.

Since then, Leila’s professional journey has been as varied as her personal travels. She began her career at a public relations agency focused on the technology sector. She then moved to GE Capital IT Solutions, and held increasingly advanced positions at a variety of tech companies, including Xenogen, Symyx Technologies, and Baobab Consulting. She eventually joined Full Circle Insights, a firm specializing in marketing data and analytics, where she served as Vice President of Customer Success until 2018. She currently works in the Customer Success organization at Salesforce.com in San Francisco. As someone who has built a successful career in highly technical fields without a highly specialized education, Leila describes her trajectory as “a very Williams-y thing,” drawing on what she learned here about organizing information, ideas, and people; and about writing and communicating clearly and persuasively.

Another very “Williams-y” thing is Leila’s long history of volunteer support for her alma mater. Her first formal leadership role was as Co-president of the Northern California chapter of Williams’ Society of Alumni in the mid-1990s. She was later elected to the Society’s Executive Committee (2004–2007) and served as its president from 2014 to 2016. During her presidency Leila also chaired the Sexual Assault Prevention and Response Alumni Liaison Committee, a group of alumni advising the college on ways to improve campus sexual assault response and prevention. More recently she served as alumni representative on the Committee on Campus Space and Institutional History, where she and her fellow members called for “deep and thoughtful engagement over the important questions of public space and inclusivity on campus,” as evidenced in their Spring 2017 final report.

Beyond Williams, Leila is also an active mentor at the Foundation for a College Education, which since 1995 has worked to increase the number of students of color from East Palo Alto and the surrounding area who graduate from four-year colleges or universities.

Leila is married to Daniel Shiffman, a California native, golfer and University of California alumnus, who, as the graduate of a large research institution, is both surprised and impressed by his wife’s passion for her alma mater. The couple travels frequently, and makes their home in Belmont, CA.