The curriculum vitae of Jill Charles, a Williams trustee since July 2017, embodies the idea that a life in the law can be rich, impactful and rewarding. 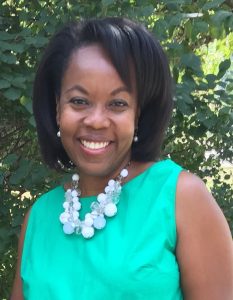 Born in Trinidad and Tobago, Jill attended school in London before immigrating with her family to New York as a young girl. Because she had always studied at small schools, her high school counselor encouraged her to focus on small colleges, leading to her discovery of Williams.

Williams’ small size was in no way a limit on Jill’s opportunities, however: in fact, college opened the doors to a big world. As a student, she earned a Ford-Mellon Fellowship; pursued a political science major focused on developing countries (she fondly remembers her tutorial on Latin American development economics with the late John Sheahan, William Brough Professor of Economics, Emeritus); studied in Nairobi; and contributed to the founding of the college’s Multicultural Center—a precursor to today’s Davis Center. She was also active in the Black Student Union, participated in residential life through her role on the JA selection committee, and mentored incoming students.

After graduating from Williams, Jill went on to earn her J.D. from Cornell Law School. She then moved through a series of progressively senior litigation and leadership positions in the U.S. Department of Justice Antitrust Division, as well as in DC private practice and on United Technology’s in-house legal team, before becoming Senior Attorney for Competition and Trade at Eaton, a Dublin, Ireland-based global power management company. Jill now serves as Vice President and General Counsel, Antitrust and Anticorruption, at Honeywell.

Jill was elected to the Williams board after 15 years of successful volunteer leadership for the college, culminating with her 2014 appointment to the Vice Chair Committee of the Alumni Fund. She also gives her time as an admissions agent for the college, and in the recent past has served as administrator for a key endowed gift bequeathed to the school. Outside the Williams community she is a board member and fundraiser for the Legal Aid Society of Cleveland.

Jill, her husband, Levy Bernadel, and daughter, Geneva, reside in Shaker Heights, OH, where they enjoy hiking in the nearby national park, shopping at local farmers’ markets, and doing jigsaw puzzles on cold winter nights.